Yemen has not been a nice country for women to live in for many decades because of war, food shortages and old-fashioned guardianship laws. Yemeni women's organizations now advocate, following Syria's example, that honour killings should no longer be seen as a defensible circumstance, but rather as an aggravating circumstance in order to effectively combat this phenomenon and better protect young women against the honour-related violence of their partner, father, brothers or nephews.

"Abolish Guardianship Laws"
The plea to immediately remove the current guardianship laws from the penal code follows new shocking revelations in the murder case of 16-year-old Esbah from Sanaa who was poisoned and hanged by her brothers on their father's orders. The perpetrators refer to the guardianship laws and they trust that the judges will respect these laws and will therefore soon be imposing a low or even no punishment on them.

Feminist organisations point out that the European Union obliges the police and judiciary of the member states to prosecute all perpetrators in the case of an honour killing on the basis of the fair and true story in order to combat the phenomenon effectively because the low perceived chance of the perpetrators being caught by the authorities also plays a role in commissioning a murder in this case. 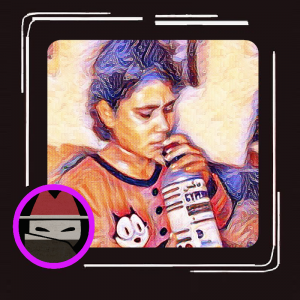 Reconstruction martyrdom Esbah
Local activists in the Sa'fan District near the Yemeni capital reported that some women present at Isbah's funeral noticed bruises on several parts of her body and reported this to the authorities.

When the police started investigating the case, they found very incriminating video footage and photographs on the brothers' mobile phones that prove that they actually assaulted and murdered their sister.

Torturing was done with an iron and withholding food before she was forced to drink pure spirit. The brothers forwarded the photographs of the beatings to each other and to their father, probably never thinking that the footage would ever be used as evidence against them in a court case where serious punishments would be demanded.

After Esbah's mother's death she is said to have been kept away from school education by her father and to have been busy gathering wood and farming.

The family claimed that Esbah hung herself of her own free will, but detectives don't believe that story.

In Yemen you can kill a woman without punishment if ...
After committing a gruesome murder, lying to detectives and embarrassing the nation internationally, the perpetrators asked the court not to punish them severely because Esbah, according to their stories, was in love with a man and therefore the murder would have to be condoned by judges under guardianship laws.

Forensic research shows that 16-year-old Esbah died as a virgin, in order to emphasize once again how much she was wronged by her own relatives.

Esbah, Maab and Samiha
Feminist organisations point out that the case of Esbah is not an isolated one and that Yemen has many similar cases of young women who have been horribly murdered by their relatives for honour-related reasons.

Feminist organizations hope that in the future women will be better protected against family members who commit honour crimes against them by abolishing guardianship laws.

Honour killings in Yemen, as in many other countries, should become an aggravating rather than a mitigating circumstance.

We would be happy with clues! For an email directly to us you can simply click here